At present, it is necessary to grasp the key period before the mid-autumn silkworm species and to prevent and control the pests in the autumn mulberry fields that are dominated by the fourth-generation mulberry.

(1) Mulberry is currently in the pupa to adult stage, and a small number of larvae begin to hatch. According to the analysis, the hatching of the fourth-generation mulberry primordium peaks is August 16-20; the peak of the post-peak egg incubation period is expected from the end of August to the beginning of September.

(2) In early August, pests of O. rufipogon were hatched one after another, and the amount of insects rose rapidly.

(3) The occurrence of pests such as wild silkworms, caterpillars, and moths is low.

(4) Microscopic pests occur moderately, and in the later period of continuous high-temperature drought, the insect population will rise rapidly.

(5) A small amount of mulberry disease begins to occur. Due to the abundant source of bacteria in the field, there may be a large chance of occurrence in the later period in case of suitable climatic conditions.

The first pharmaceutical control was on August 17-21, in which the fourth-generation mulberry forelimb larvae were indicted, and they were also used as pests of the size, caterpillars, mulberry horses, and red spiders. Each 10 kg of water can be added 90% of methomyl soluble powder 2.8 grams, 73% of acetylene sulfate EC 5 grams, 40% of 10% dimethoate EC spray, sericulture safety interval of 10 days.

The second drug control was from August 28 to September 2. The fourth-generation mulberry post-peak larvae were indicat- ed, and they were also used to treat size insects, caterpillars, mulberry horses, and red spiders. The Mulberry Garden Medication Formula for Mid-Autumn Silkworm Stages 1-2 years without leaf collection: 10% each 10 kg of water plus 8% SC, 75% of 73% SC, 40% of 10% Dimethoate, Silkworms have a safety interval of 12 days; Mid-Autumn Silkworm Silkworms are normally harvested in the mulberry garden prescriptions: 10 ml per 10 kg of water plus 60% Trimethoprim EC, 73% Alkydone EC 5g, 40% Dimethoate 10 ml , Sericulture security interval 7 days. With foot medicine, the upper and lower branches and the mulberry leaf should be sprayed with spouting, and other crops, weeds and other crops around the mulberry field should be sprayed together.

In addition, the mulberry trees that cause mulberry diseases must be timely cut off sick leaves and leaves, focused on incineration, and sprayed to prevent and control; from August to September, inspections should be intensified to manually remove eggs or young larvae of insect pests such as Spodoptera litura, moths and caterpillars. The leaves capture man-made larvae such as Spodoptera litura, mulberry, and inchworm artificially; strengthen mulberry field management, clear the ditch system, and clear unreasonable crops; combine spraying with pesticides to apply foliar fertilizer to promote the growth of mulberry trees.

The yellow mealworm is not only rich in protein, fat, polysaccharid and other organic macromolecular nutrients, but also rich in phosphorus, potassium, iron, sodium, aluminum and other trace elements. For every 100g of the yellow mealworm larvae, the protein content of dry powder is between 48% and 54%, the fat content is between 28% and 41%, and the contents of vitamin E, B1 and B2 are also high. Therefore, the yellow mealworm can provide high quality protein for the turtle, and make the turtle strong and health. 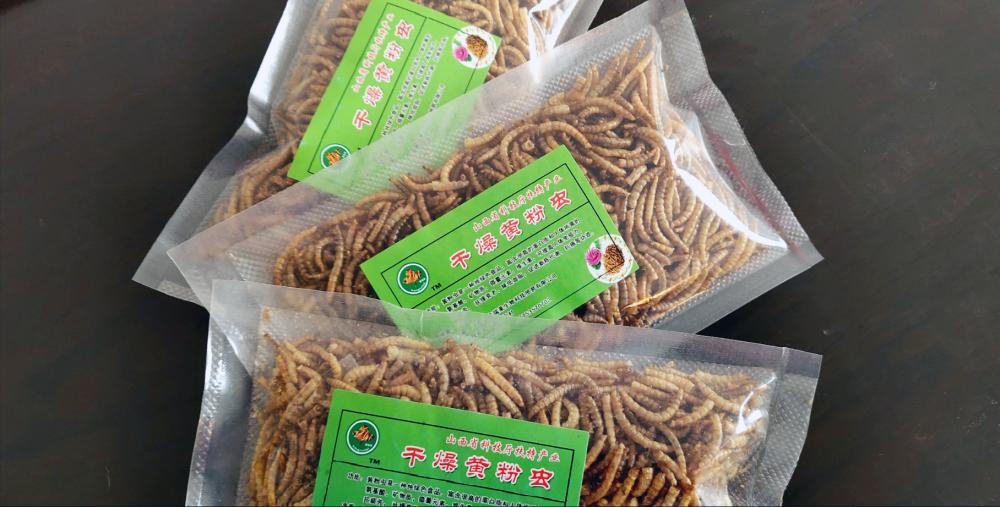